Ratings: Hell’s Kitchen Returns to Low
Fox’s Hell’s Kitchen opened Season 15 and christened its new time slot on Friday night with 3.4 million total viewers and a 1.1 rating, down three tenths in the demo from its previous premiere (on a Tuesday) and matching its series low in the demo.
Read more on TVLine 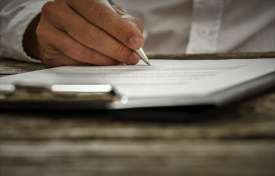